January has been a great month for AIMS Stress Free Trading. 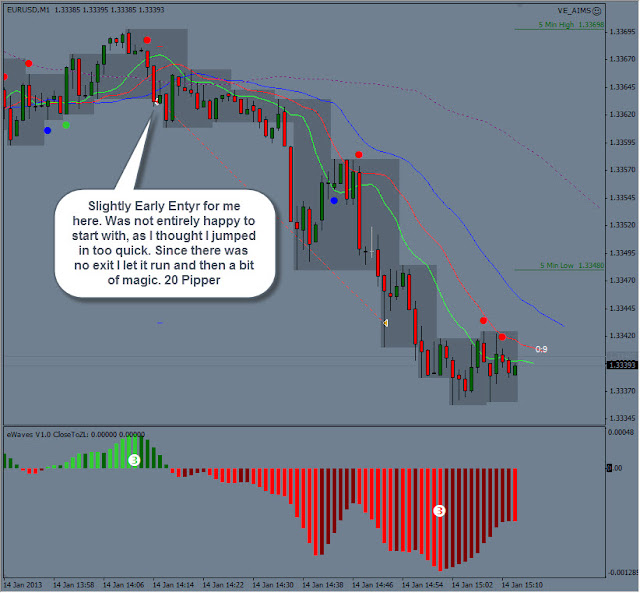 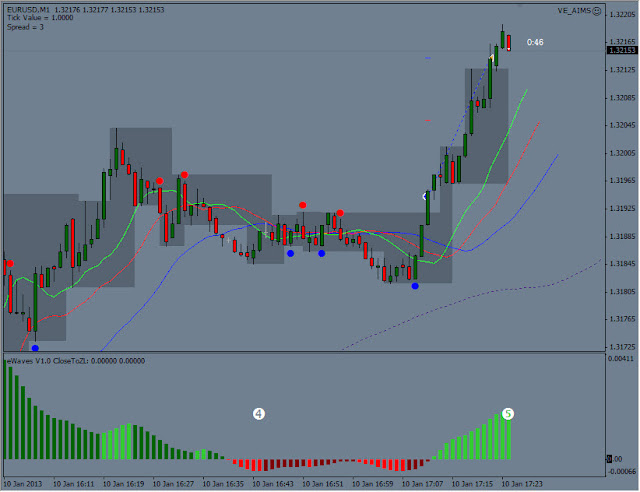 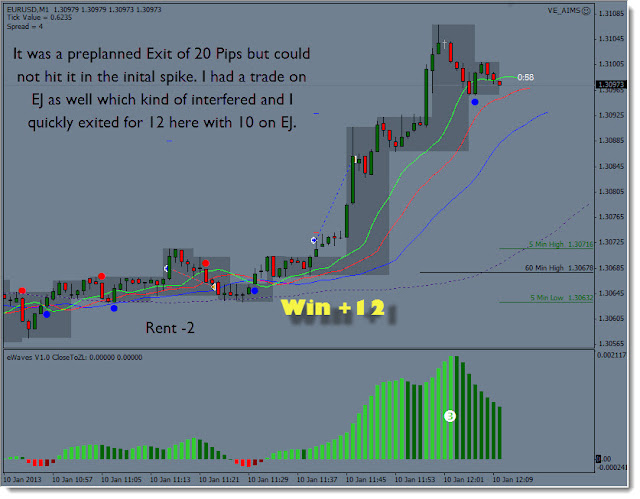 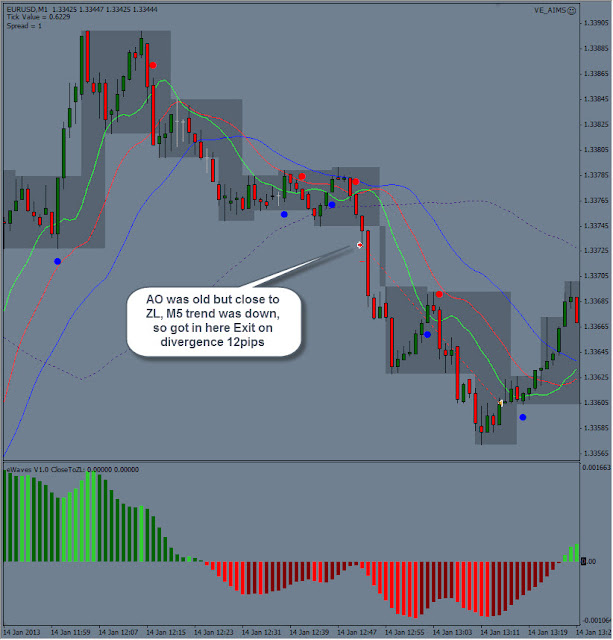 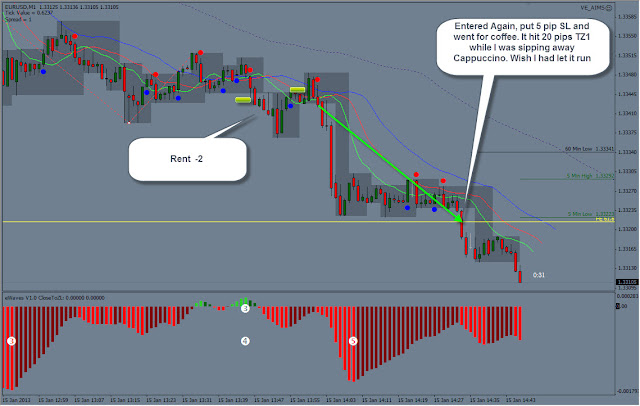 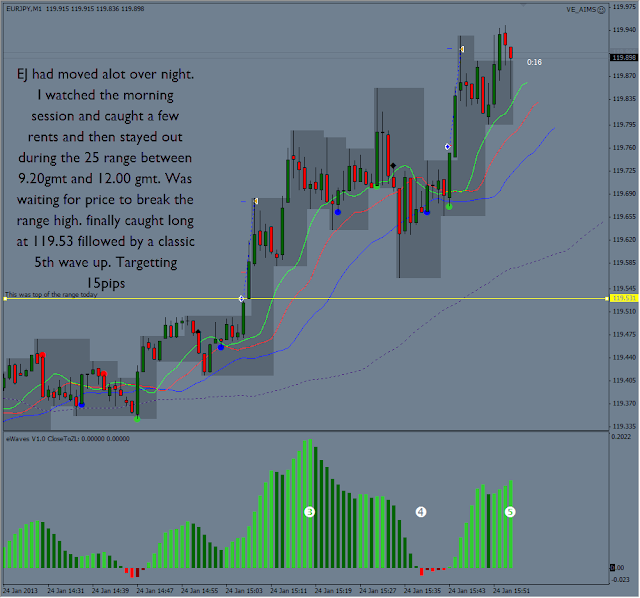 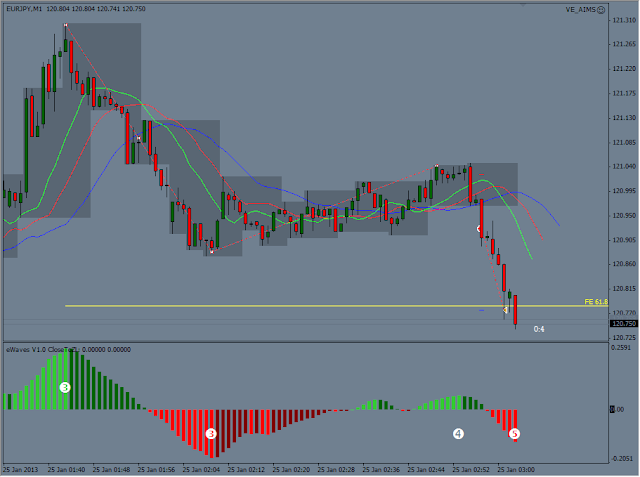 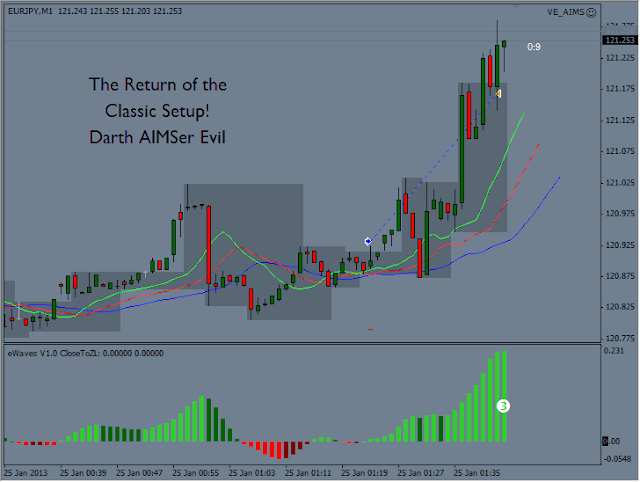 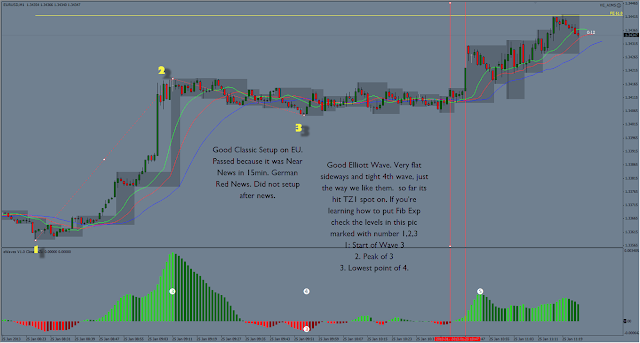 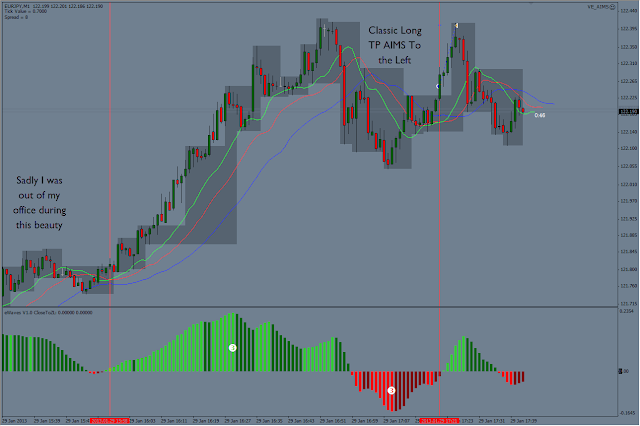 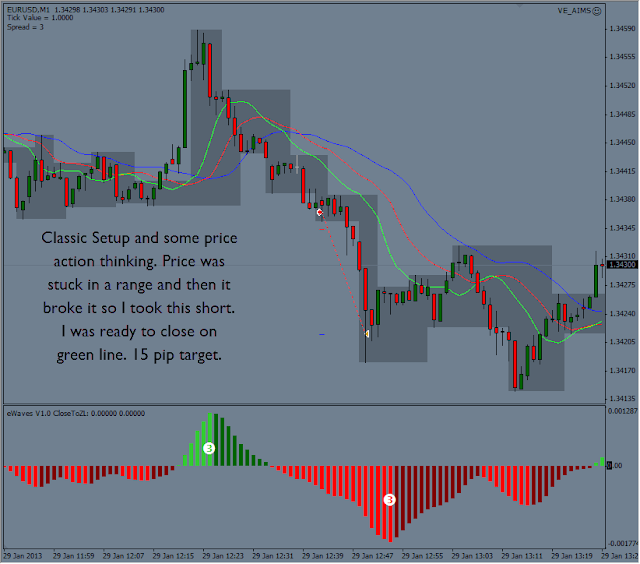 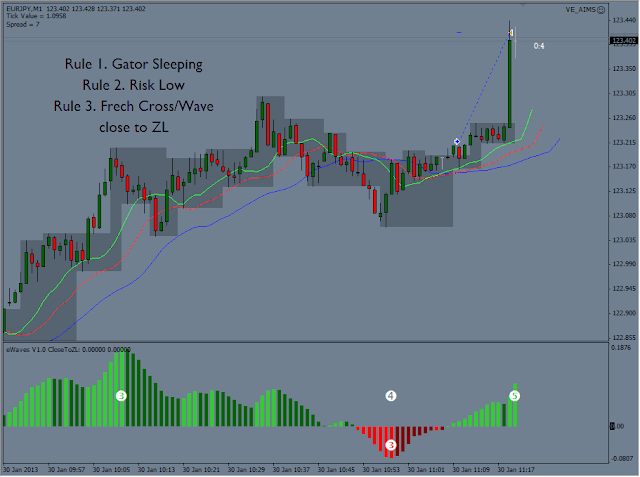 How to avoid Choppy Market Conditions


So, you've been trading and you catch some decent moves but you give it all back when the market is not trending. It is what we call the 4th wave, or corrections or sideways choppy markets. So how do we avoid losing money during these ugly times.

First of all. Its not a big deal! Yes, this is the fact of the matter.
It does not matter. Losing in the markets is OK. In fact you cannot make money unless you Agree and Accept the responsibility of losing a certain percentage of your account per trade. Without that, you cannot put a trade. So lets understand this, making money requires risking money. Ok got that, now lets talk about chops.

The simple cure is that when you know its choppy, do the simplest of all things. Don't trade. Like the 2 word therapy comedy clip. Don't Trade. If you lose a lot during sideways ugly choppy market. Don't Trade. Don't Just Don't trade.

Ok I hear you, but you'd miss that break out... here is another 2 word therapy.

Forget about it, NEXT is the best One Word Therapy. So the simple answer is, if the Trend is not confirmed Don't Trade. You need an example here right?
Ok you wake up and you check your charts and what do you see. A market with purple stuck inside, its been going sideways, it goes 10 pips up and turns around the n15 pips down and back up. you see choppy m1, but as you look at m5, u see some tight levels. or may be m5 is also choppy but m15 may have some tight levels. Thats it, you know the range. You now know this is the bracket. so you have 2 options here. 1. you don't want to miss the breakout and the trend that may follow the breakout, so you look for a Setup 1 on m1 near the upper or lower range of the bracket. You then hope that when you do get an entry, it breaks out nicely but if it does not you will get out with minimal rent to pay. And Remember, IT IS OK TO PAY RENT. You may not have a house to live in if you did not pay your rent or mortgage (mortgage/installment is also a rent isn't it? or at least you rent the money to buy the hosue, makes sense? ). You pay the rent to LIVE THE WAVE!

So lets suppose you got chopped. What do you do next, (btw we are still in option 1.) you may want to try again. But seriously how many tries are you going to do? 1-3 are enough. After that I'd say, f****it (meaning forget it it haha), I ain't trading this. I'll look for something more fun, like play with Adam or Tickle Sarah! or if they are both away then why not check if mummy's mood is a bit , you know.... nice.... wink wink! what I mean is, do something fun, something you like enjoying. The markets will stay their for a long time.

oh before i forget, you also have option 2. You say, suck it up tiger, wait for the breakout to happen and then try to catch a setup once the trend is confirmed. This is conservative, it is also possible that you may miss the whole thing and not get a setup later, or you may miss the breakouts or fakeouts and enjoy a nice ride later and paid either minimal or no rents. What ever the outcome of this session of day, in the long run (meaning weeks, months and years), everything will balance its self out. Everything will average out. The bottom line is, are you winners at least twice as big as your Rents? or Not!

So let them run , ride those waves, ride the gator until it bends.

and yes, so you thought m1 was more choppy and you jumped to m5 and decided this weekend, from now on I will only trade m5 hoping you won't get chopped. That's not going to happen. You will get chopped on m5 too, on H1 or H4, hell you may get chopped even on Daily time frames. Its part of the game, whatever happens on m1 also happens on any other time frames. That's the beauty or sometimes even the curse of Fractal geometry. Micro and Macro-cosm. Whats up there is down here too.... So Just Trade and Enjoy! As long as you, let your winners be, on average, twice as big as your losers, oopsie, Rents, you will be profitable in the long run. And yes, once you've remained profitable for at least 6 months consistently, try adding on and you'd shorten the journey to becoming rich beyond your wildest dreams!

Hope everyone's having a blast! have fun!

The New Year Begins with a Blast

We have some good trades last week, the first week of 2013 and this week started with a good trading day overall. It was not much fun during London Session but come the New York session, things started rolling! 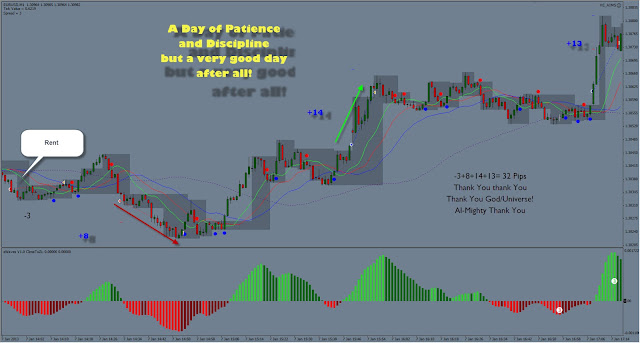 Some Trades from Last Week Below. 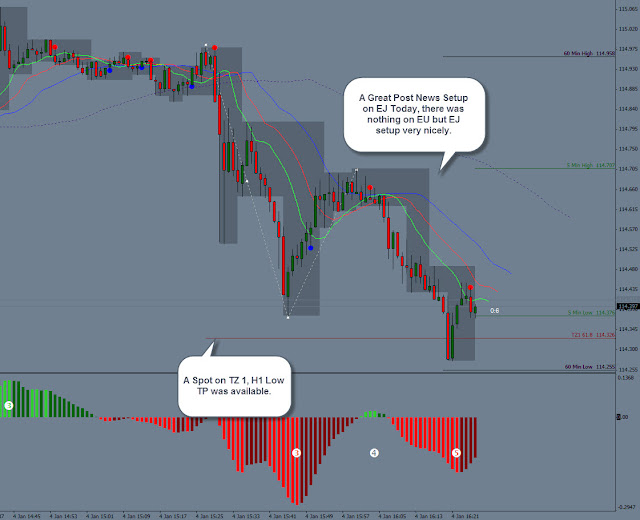 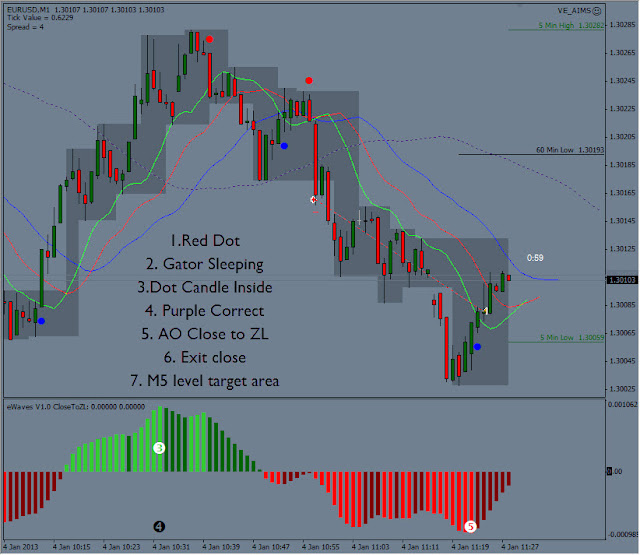 We have target zones where price goes and hits the levels almost 80% of the time. 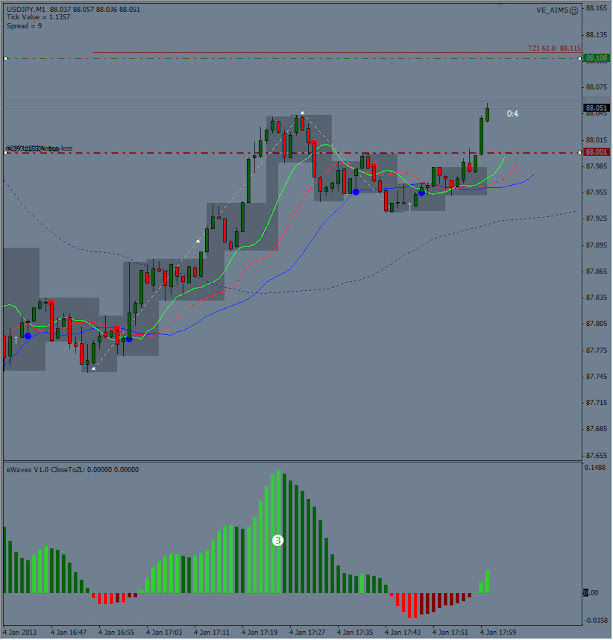 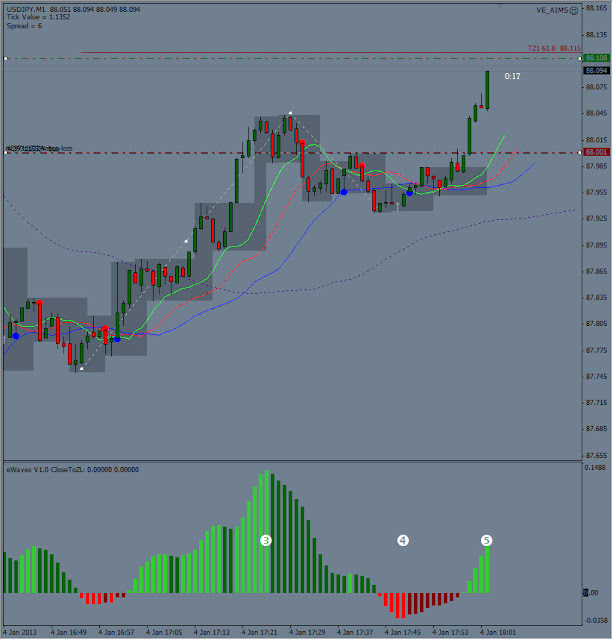 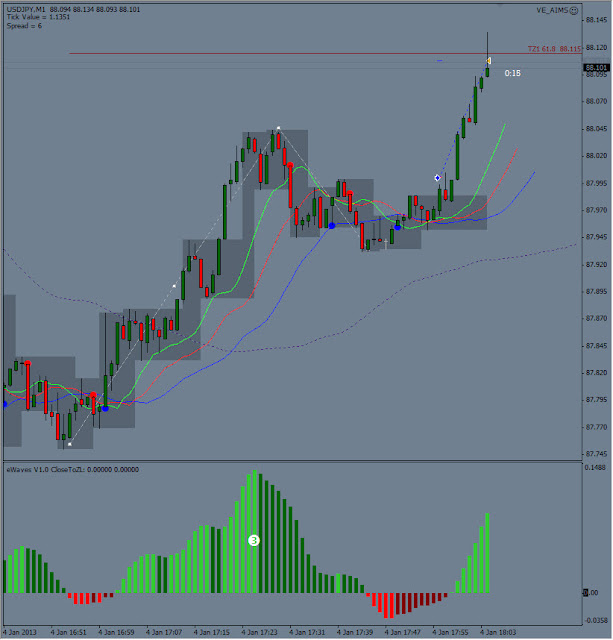 Are You in to Stock Trading? Want to Know my Portfolio?

Hello As I sit here on a Saturday morning, wondering what would I do when I am finally allowed to go out and do what I want to do. But the ...